Are your Feelings Gender Related?

Are your feelings gender related?

The answer is yes and no. Lets start with the yes. LISAonthego says your brain and hormones influence your thoughts of feelings. It is the ego mind. Typically males and females are stereotyped in their feelings. They have an attraction, a feeling or a thought that is gender related. Growing up boys like to roughhouse, cars, transformers, Pokémon’s etc. girls like to cook, dress-up, dolls etc. Again this is typical and being stereotyped. It is the illusion of the ego mind of what a male or female could think and feel.

First time in history that male and female are more balanced in thoughts and feelings. 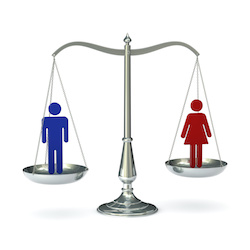 (video below the blog, Come watch or listen to the blog today)

Currently, the Presidential election includes a male and a female competing for Presidency. The Nation is not basing their vote on gender and on the issues and how the issues will be resolved. Careers are based on your interests, what you feel you would enjoy doing and the interests that resonate for you. Child rearing is being based from ones heart and what you feel is best. Video games are being played by both genders. The list goes on and on.

LISAonthego says the gender shift from the stereotype of society and ego mind was changed when technology came aboard. Technology had no gender role. VCR’s, tape decks, computers, cell phones etc. is equally used by both genders. Careers and education for technology has never been stereotyped. Amazing, LISAonthego is now realizing that technology has been a revolution in our society and the beginning of balancing the genders.

The other shift in our world is spiritual healers; self-empowerment and fitness are also non-gender. Examples are: Chiropractor, Masseuse, Acupuncture, Reiki, Meditations, and Yoga etc.

This is anew for our world to adapt to the genders being balanced, working together as equals that our feelings and thoughts are from our hearts and not the stereotypical ego mind.