LISAonthego, What Triggers YOU?

LISAonthego, What Triggers YOU? What is a trigger? For LISAonthego it is a negative feeling that sparks into her deepest core of who she is. It reminds her of not being good enough, and she is feeling alone or separate. Then she reacts or responds.

What triggers you and what do you do about it?

In the past week, she had a day that triggered the best of her, criticism. Others told her what they think, being outright rude, negative and she didn’t ask or even suggest an opinion on what they thought about her life now or in past. Later LISAonthego hides like a turtle goes into her shell to process. When she comes out she's craving the carby, sugary foods. However this time, she stopped, listened and thought about it. What would eating accomplish?

LISAonthego loves hugs and the feeling of being comforted. 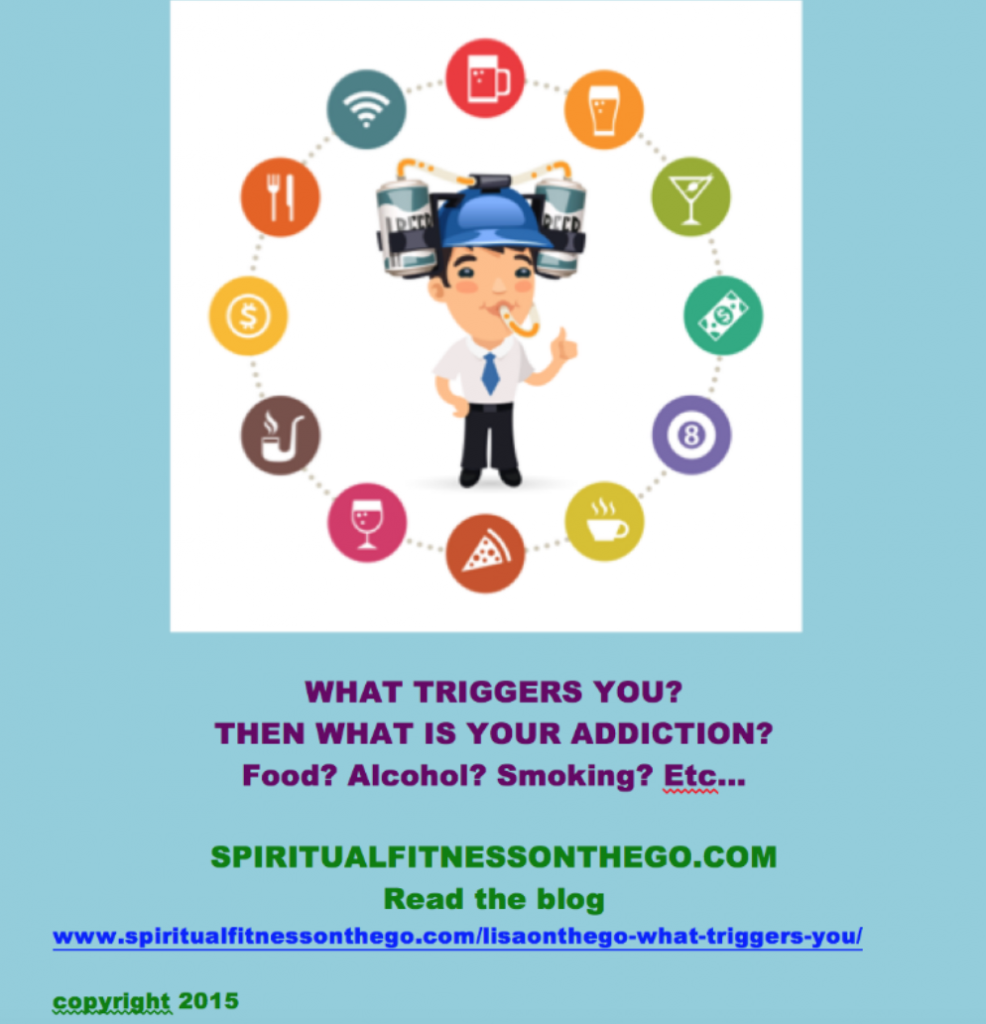 Eating gives this same feeling but it doesn’t resolve the event, comment or situation. Eating gives her the thoughts of how we use a band-aid. Temporarily feeling better; until the thoughts come up again and again. Then she eats the carby, sugary foods and the cycle continues. This time as she ate she acknowledged the feelings and concludes this doesn’t resolve anything; as that situation, event or comment came into her thoughts again and again. It's just a band-aid to those feelings until they passed. This is awesome, LISAonthego now sees and feels the cycle.

Eating for her is an action to divert the attention from acknowledging her feelings of being hurt or feeling unwanted, unloved, betrayed, embarrassed or humiliated.

LISAonthego looking at herself realizes this is one of her triggers. She is currently making a list so she knows her triggers to make a change. She needs to change her reactions otherwise there will be no changes. When she writes down her triggers she needs to also go within and write down how she could change her reaction so eating will not be her go to place. LISAonthego realizes this is an addiction. The addiction speaks to her and gives her a false sense of feeling better. It is just a reaction that she interprets as feeling better to get through it. LISAonthego now needs to change or she will continue to get the same results. At these times she could focus on the tools and activities at Spiritualfitnessonthego to make a positive change.

LISAonthego has allowed others to define who she is by their comments or remarks. She knows for herself these are untrue however she gives the power to others of authority thinking they know best and they do not. By allowing or believing others false judgments or interpretations she gives her power away, her energies away and LISAonthego goes into the ego of self-doubt to coping with an addiction until she could heal and until the next time.

LISAonthego is choosing when triggered to do the activities and tools in Spiritualfitnessonthego and listen to herself spiritually in her heart and to do what resonates with her. The first part to know and to recognize is What Triggers You? LISAonthego will make a list today so she could do things differently and get different results. Imagine what these could be and what life could be like! Love, Laughter & Peace, LISAonthego

TONE YOUR BODY, HEAL YOUR MIND, OPEN YOUR HEART