Verbal attacks response. We all have those days when someone doesn’t like what you have to say. In the moment when being verbally attacked its hurtful, negative, accusing, blaming, judging and criticizing. Typically verbal attacks are yelling and screaming. Even today with texts and emails you could be verbally attacked. The words are typed in caps and being sarcastic that emphasizes the words, etc. Initial responses could be to react or be defensive.

In the moment of reacting we could retaliate and have the other person feel as we are in the moment too.

It doesn’t help to be reactive you are being just like the attacker. In the moment we also go into defensive mode and give our best shots. We want them to feel like we are too. In truth, nothing gets resolved and many hurtful things could be said.

Yelling or screaming is overbearing, pushy, and manipulative. No one deserves this behavior from another. People yell and scream thinking they will be heard or you will listen better and submit to their viewpoint. It’s actually offensive. The person yelling or screaming is triggered by others and goes into reaction mode.

LisaOnTheGo was verbally attacked and due to practice did the following: In the moment she stops listening to the other person. In the moment she realizes it doesn’t matter what she says and this will end in a no-win circumstance. She then quiets her mind, breathes and quickly analyzes what is being said. Again, to react or respond in this moment doesn’t help. When things quiet down she tells the person she wants to process and walks away. LisaOnTheGo chooses to walk away, calm down because being yelled and screamed because it goes right through her and her immediate response would be to react too. 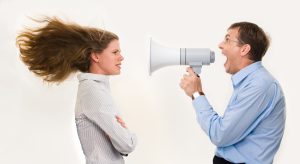 (video of blog below the text)

In her opinion walking away gives her the power of loving herself. Depending on the situation it could take time to calm down. Once calm she goes within and tries to understand the other person's words, she doesn’t have to accept them but wants to understand them. LisaOnTheGo says most arguments are from not being understood. Once she has had the time to process she could now respond calmly. At this point, the other person is calmer too and more opened to converse calmly.

LisaOnTheGo then has choices, she could either approach the topic again at a later time or not.

There have been times whenLisaOnTheGo has chosen not to converse again. Her feelings are if the other person is stuck in the mud on their viewpoint, in the “I am so right mind”. Then nothing could be resolved.LisaOnTheGo will talk it out when there is the win-win situation. Example: You have a fender bender the person runs a red light, hits your car and blames you. In the moment or after nothing is going to change. They believe their story. No matter what is said or how it is said they feel the way they do. No point in trying to talk.

We always have choices. Yelling or screaming doesn’t resolve anything it is the emotion of fear. Responding not reacting works. In actuality, disagreements are resolved when both people are calm, listening to the other and understanding them. Again, not accepting the others viewpoint but understanding them.

First and utmost at all times is to love you, take of care you and be in your own power.

#I Am, #Changing, #retreat, #spiritual enlightenment, #Be understood, not #accepted in what you say, # react vs respond, #win-win, #empower you, #love, laughter & peace